We have been gathering information to help our contractors. From how to launch your own mask program to COVID-19 resources and responses. Click the buttons to learn more!
Resources & Responses
Mask Program Info
Login Webmail Support Newsletter

Our Relationship with Nearby Now

The Back-Story of Online-Access' Relationship with Nearby Now

In the last 11-months, Google has made more changes than they had in the previous eight-years. Search optimization has been changing just as rapidly. Contrary to all the predictions two years ago that social media would be the predominant factor in search, social media hardly 'moves the needle' when it comes to search for most local businesses. Instead, it's online reviews that have grown in prominence both for local and organic search. Like it or not, Google has made a large part of your ranking based more on what others say about your business than what you say about it with your website. That being said, I'm sure everyone has experienced the frustration of how hard it is to get a consumer to leave an online review—only to see it filtered out, while bad ones seem to always get a free pass.

Unfortunately, Google's continual 'moving of the goal posts' and making online reviews more and more necessary in order to rank, maintaining visibility is not something we can make happen without you. Since your customers are the only people who can review you, it puts your technicians in the best position to get customer reviews for you. The reason for this is two-fold: 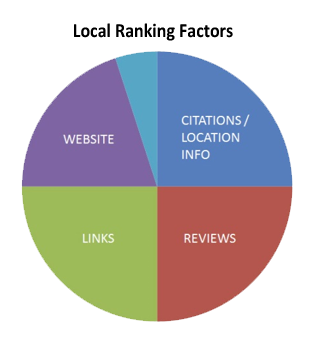 Because of this, we have spent a lot of time at Online-Access over the last seven months looking for, testing, and even working to create review acquisition systems that made sense for an HVAC company.

Early in March 2013, we found what we were looking for in an emerging system that made more sense than anything else we had looked at to date. It was a product that offered a system contracting companies could fairly easily implement to acquire online reviews. Best of all, it had some really amazing side effects as well! As we looked into it, and studied the few companies currently using it, we were 'blown-away' when we saw that, when set up right, it exponentially increased the company's organic search ranking in almost every city where the company using it worked!

The product I'm referring to is called Nearby Now.

Because I was so impressed, and saw what a positive effect this system would have on our clients' search presence, I began talking with the company to become a full reseller. Not only did we become their first 'agency' reseller, but we merged it into PagePilot so it would even function better than it does with its plug-in for WordPress.

Since reaching our agreement with Nearby Now, we have adapted PagePilot to work seamlessly with their system and put together training and marketing material to help make it easy for PagePilot subscribers to implement. 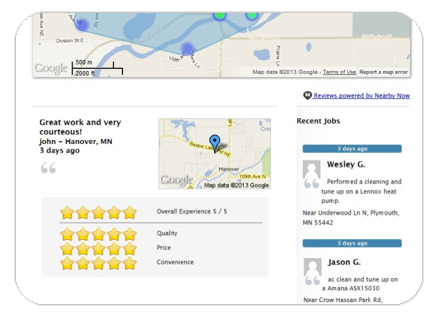 In fact, I believe in the product's effectiveness so much, I decided to make it risk-free for our subscribers to try for their first 90-days. I'm doing this to give you a safe way to see how it works. The only condition is that you make the effort to implement the program.

Should you decide you don't want to use it during those first 90-days, I will completely refund what you paid us for it—even though I will still be paying Nearby Now for your trial use. So why am I underwriting the risk? I'm doing it simply because I know it works and it can be a 'game-changer' in your market. I want to make it easy for you to try because being an early adopter will make a big difference.

You see, we're serious about making sure there is nothing preventing you from trying it. Give me a call at 888-966-4785 and I'll be happy to go over what it will take to implement.
Connect With Us