We have been gathering information to help our contractors. From how to launch your own mask program to COVID-19 resources and responses. Click the buttons to learn more!
Resources & Responses
Mask Program Info
Login Webmail Support Newsletter 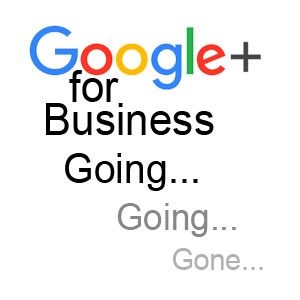 Thought I’d give everyone a quick heads up on Google’s latest change of direction. Their statement about what Google+ is now going to be was, at best, poorly communicated. In fact, instead of an official announcement, the head of ‘Google My Business’ made only a quick post in their forum about the changes. The post was more telling from what it didn’t say the new Google+ direction is—than what it did.

Ever since the advent of Google+ in 2011 and its ‘shotgun’ marriage to the former Google Places, many local businesses have tried to find out how to make it work for their company. Now, after over four years of confusion and changes, the forced marriage between Social and Local Business has finally ended in a quiet divorce.

The ‘Local Business’ aspect of the contrived union—which in March of this year took the name “Google My Business”—is now completely separated from the social platform Google+. As for the Google+ ‘Social’ platform, it still exists even though no one is quite sure why. And, from the Google+ announcement linked above where Google states:

“The new design focuses on interests (like cars, kittens…)…”
…it appears Google is “not quite sure why” as well.

Like any divorce, it’s the kids who are the real losers. In this case, the kids are all the businesses that invested resources to try and keep up with and brave the learning curve, hoping to leverage Google’s now-failed experiment.

So what does this mean to you?
For those who actively took the time to use Google+ to post, who acquired a lot of avid followers, and who have achieved sales from it, you might want to keep using it. However, if you’re like most of the businesses that used it just because Google said you should, you probably need to decide if your effort and resources would be better placed elsewhere.

At this point Google+ really has no value for local search optimization. At most, you should probably leave your page up in case someone accidentally stumbles into Google+ while searching for like-minded souls who are interested in ‘kittens’, ‘cars’, ‘kittens out driving cars’, or ‘cars driving over…’ well, you get the idea. So other than your company name and a banner, I wouldn’t do much more if it takes any effort.

My prediction is that Google+ will slowly die a quiet death, not unlike the last three social platforms Google created: Orkut (2004), Google Friend Connect (2008), and Google Buzz (2010). Although Google originally said they would continue to host these platforms, all have since disappeared.

Does an HVAC company need a Social presence?
For many years I have discouraged putting a lot of resources into social platforms for lack of evidence showing a solid return on investment. At most, valid success stories were the exception and not the rule. When it’s 95 degrees out and your customer realizes his air conditioner isn’t working—it typically isn’t Facebook he goes to first to find an HVAC company.

However, I’m beginning to see value in a Facebook presence because I am now seeing Google publishing Facebook reviews in their search results. Even though Facebook has a long way to go to make theirs a valid review system that isn’t easily ‘gamed’, they are making decent strides to get it there. This means that an HVAC company needs to have a warm Facebook presence that encourages the 99% of your customers who love your company to leave positive reviews which serve to defend you when the ‘ax-grinder’ or a malicious competitor decides to hit you with a bad review.

Because Facebook is now starting to register as a real player in local search, four months ago, we started a test program to manage and actively post daily to the Facebook accounts of some of our SEO customers. Our goal was to develop a cost effective program for our web clients for under $60 a month that would utilize Facebook to encourage ‘top-of-mind awareness’ with customers—as well as encourage them to engage with the business.  As we started seeing success with our original test clients, we quietly expanded the test to where we now have about 15 clients actively benefitting from the program.

As of this month, we’ve officially opened up our Facebook program, and details about it can be found on our website here. As with most everything we offer, you can try the program for 3 months and, if you’re not satisfied with it, we’ll refund your entire investment. If you have any interest in having us actively post for you and manage your Facebook account, feel free to contact us and ask for Emilee or Colleen. Either will be happy to answer any questions and show you some of the Facebook accounts we’re now managing for other companies.

I hope this explanation of what happened to Google+ helps, and that you give us a call if you’re interested in seeing what we’re doing to help our clients manage Facebook.
© 2015 Online-Access.
This article may be freely used and republished under condition that it is used in its unaltered entirety and author credits and any source links remain intact.
» Click Here to Sign Up for Our Newsletter «
Connect With Us